Showing posts from April, 2021
Show all

Choosing a movie to watch, before reading the book 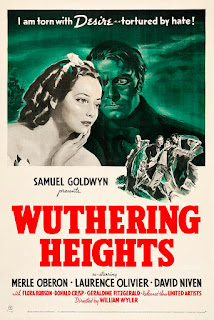 (Public domain image) So, before I had to dive in into the mysterious moors of Emily Bronte's Wuthering Heights, I was thinking to watch a movie adaptation of it, just to get a heads-up about the story-line.  Usually I don't do this. I am a proud member of the club called "the book was better".  But because this book was meant to be read as a textbook, not entirely for pleasure, I chose to attack the story by all means I get my hands on.  I searched for it in Prime Video, found three movies, one was made in 1939, the other two were in some later years.  I'm not sure why, I chose to watch the 1939 version. Probably because, in the back of my mind, I was expecting it to be closer to the original novel.  So I watched it, and then read the book. And found out that the movie cut off the entire volume 2 of the book!  I was really disappointed. But at the same time, it felt good to know that the book shall be better, always. :)
Read more
More posts