Choosing a movie to watch, before reading the book

So, before I had to dive in into the mysterious moors of Emily Bronte's Wuthering Heights, I was thinking to watch a movie adaptation of it, just to get a heads-up about the story-line.

Usually I don't do this. I am a proud member of the club called "the book was better".

But because this book was meant to be read as a textbook, not entirely for pleasure, I chose to attack the story by all means I get my hands on.

I searched for it in Prime Video, found three movies, one was made in 1939, the other two were in some later years.

I'm not sure why, I chose to watch the 1939 version. Probably because, in the back of my mind, I was expecting it to be closer to the original novel.

So I watched it, and then read the book. And found out that the movie cut off the entire volume 2 of the book!

I was really disappointed. But at the same time, it felt good to know that the book shall be better, always. :)

Popular posts from this blog

Creating a book cover with Procreate app and iPad 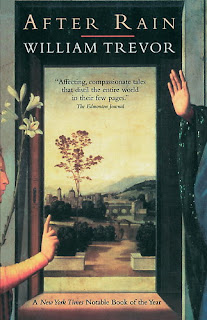 William Trevor   I still remember the very first time I put on glasses.   Until then, for some time, I used to press my eyes, to see the speed signs properly on the road.   While I was reading a book, sometimes I used to bring it too close to my eyes without even knowing.   So when I went to the doctor, he gave me these glasses. And after that I found out, the world around me was not as blurry as it seemed to be!   William Trevor, is just like my new pair of glasses, with power.   Reading Trevor means I could see more. Those small letters, printed on the pages are able to paint lives with thousand of colours.   Using the same old humans of this same old earth, he tells us brand new stories.   Happy birthday, dear maestro.
Read more

December 02, 2021
-Isaac Asimov-   Actually, science fiction is committed neither to marvels nor to disasters. It deals with possible situations. It tries to draw a rational and self-consistent society, different from ours, which may be better, even much better, than our society; or worse, even much worse; or better in some respects and worse in others. The point of the story, then, is how people live and react in such societies.  Naturally, trouble makes for greater drama than does happiness, and it asks more in the way of human response. Therefore, science fiction (like all forms of literature) is more likely to deal with discomfort than with comfort. Furthermore, it must be granted that given the direction in which our society is now moving, we seem much more likely to end in the soup than to be swimming in the cream. ( From the introduction for Octavia E. Butler's story Speech Sounds )
Read more